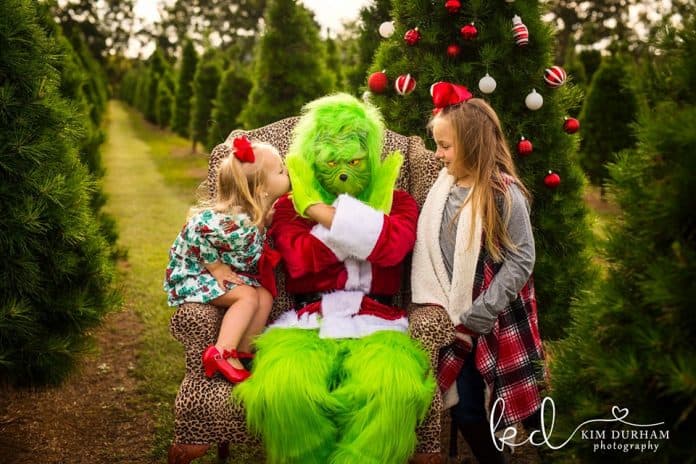 You may have heard about The Grinch; a fictitious character that lived in seclusion up the north of the mystical land of Whoville. This ugly creature hated all forms of social life, celebrations and parties. He particularly hated Christmas and we can be near certain that of all human celebrations, his disdain for Christmas was downright the biggest.

But a brilliant photographer is making a fortune with this ugly character. Here’s an idea of how she’s doing it in the United States. Kim Durham confessed that on one summer afternoon, she was taking care of her laundry duties at home while watching a film aptly named “How the Grinch Stole Christmas”. Along the line, it occurred to her that this ugly character could be used very creatively in her photography business. Did she waste time in executing her plans? Not at all. So here is what she did next. 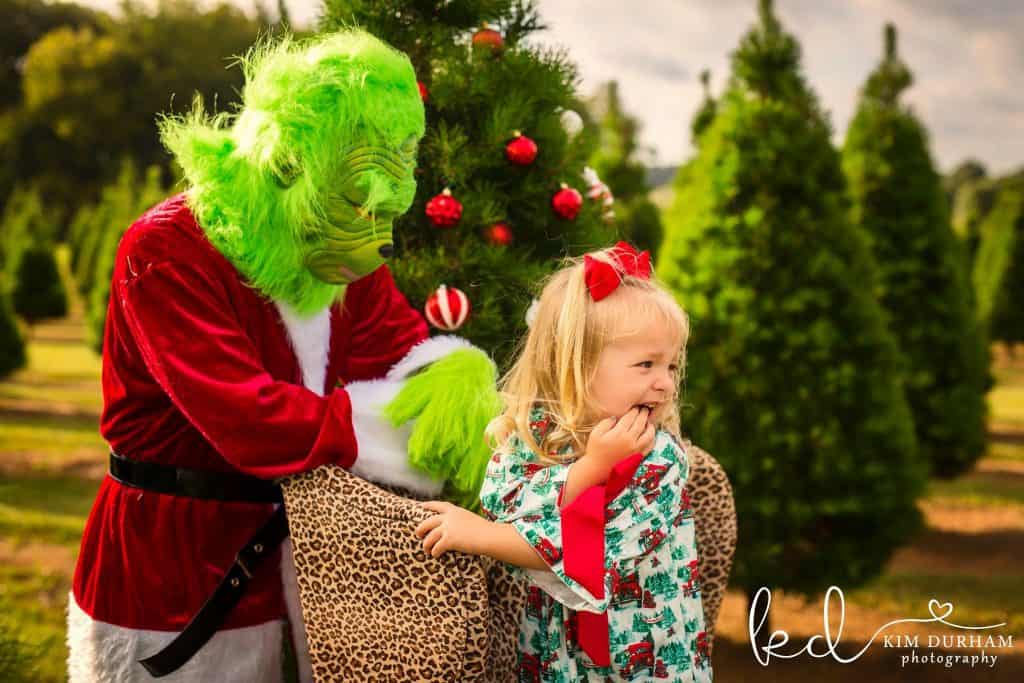 Kim got creative. She looked around for a great tailor and got a Grinch-like suit made. This mother of two sure understands how easily kids get scared, thrilled or terrified when exposed to the right costumes. After all, she is a mother herself.

Kim had her son Trenton dress up as a convincing Grinch – of course with a red-white Santa Claus jacket to spice up the looming Christmas feeling.  This Grinch would pose by a chair that is mounted in the middle of a garden – this garden is decorated with beautiful Christmas trees. So, it’s a blend of beauty and horror. Kim does a good job decorating the chair with leopard skin to create some air of terror in what is supposed to be a garden of glee. 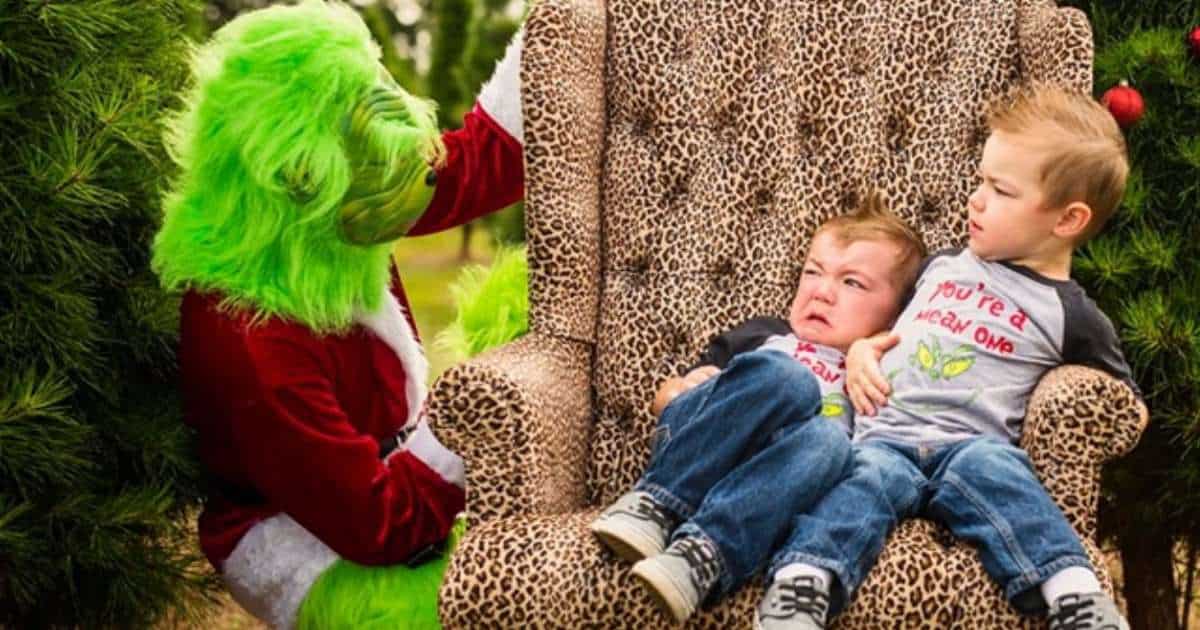 Initially, Kim had a couple of shots with the setup. It was mostly kids of her friends that volunteered to partic

ipate in the promotional sessions which turned out to be pretty successful. Up till this moment, no less than seventy 10-minute photo sessions have been booked. “I had no idea it would be this “popular” explained the Arkansas mum. She went on to say she has been booked till “the end of the year” much to her amazement.

Revealing more information, Kim says that both parents and her all have fun during each photo session with The Grinch of photography as she has redefined the character. The photos Kim Durham has captured so far depict various expressions and reactions from kids who interact with The Grinch. For instance, some kids did all they could to avoid the “beast” – kicking its body, pushing its arms and generally trying to getaway. Some shrieked in fear and a handful of them threw tantrums.

But it usually ends up fun for the kids. The Grinch – who is Kim’s 16-year-old son – would ultimately remove his costume and play with the kids. As expected, they would become happier to take more shots with him and some end up kissing his head.

The fun, however, lies with the initial reactions which are the things that make this woman’s business strategy interestingly successful since this summer.

A Trend or Strategy? 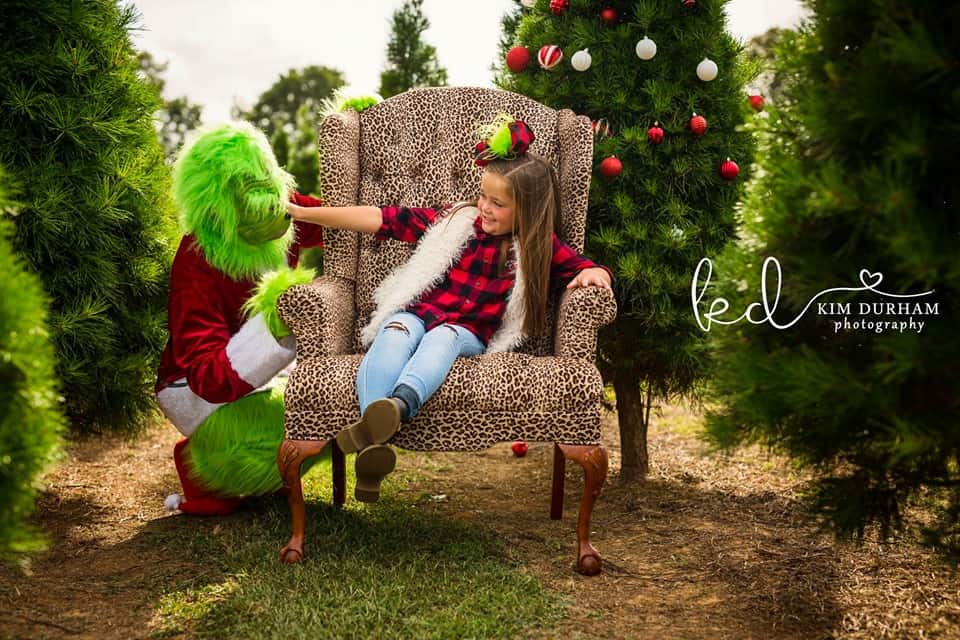 It gets pretty interesting at this point. While Kim has to deal with The Grinch and shrieking kids and their parents in her Arkansas Christmas Tree farm, Leah McMahan Edmondson had to deal with a bear in Knoxville, Tennessee.

A bear crashed a couple’s wedding photoshoot which Leah’s Gypsy Soul Photography was coordinating. But could all this be a strategy? The Grinch? The bear? The photographers? 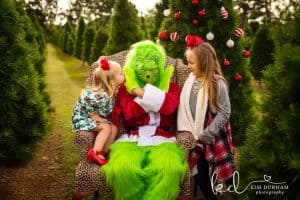 Kim has made it clear that re-creating a celebration-hating character such as The Grinch is an inspired strategy to take her photography business to another level. It was well-planned, carefully executed and brilliantly documented. But it is difficult to think it was the same for the bear that crashed Leah’s photo session with the new bride in Tennessee. The bear walked into the site just after the events were over and somewhat posed for the cameras exactly behind the couples but several yards away – which looks like a plan by the way.

It then proceeded to walk down the aisle just as the couple had done much earlier. However, no one was hurt; not even the bear itself as all of that passed peacefully.

Following the success of her The Grinch photo sessions, Kim Durham has announced that she will be revealing a surprise for her fans and patrons in the coming month. So stay with us for this and more interesting photography news that we will be sending your way.