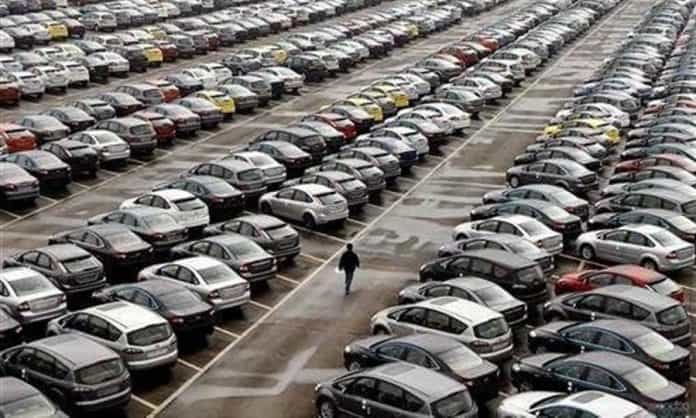 BREXIT isn’t affecting the car market of the UK after the statistics have shown that the industry has shown improvement since the month of February, as per the new figures.

Finance and Leasing Authority data has shown that consumer car finance’s point of sales new business figure grew by 5% in the month of July, as the sale of used cars skyrocketed. The sale of the old car saw a dramatic boost with only a 7% increase last year. Total 134,464 had been bought on finance in the month of July this year which generated a revenue of more than £1.5m. The sales of new cars have also increased by one percent from last July. Nevertheless, sales showed a 4% decline in the 12 months period.

Businesses started to snap up used motors, with a huge 12% increase in used cars that were purchased on finance by companies just in the month of July. This equated to an 11% boost over the last twelve months.

Geraldine Kilkelly, the Chief Economist and the Head of Research at FLA stated that in the month of July, the market of point-of-sale consumer car finance has shown growth for the first time in five months. New business volumes of 2019’s first seven months have been steady in comparison to the same period of 2018. Kilkelly said that the market of consumer used car finance was that drove the headline growth in the month of July with new volumes of business showing its strongest rate from October 2018.

Vehicle Remarketing Association’s vice-chair and Cox Automative’s Customer Insight Director, Philip Northard, said that the results have been positive but accepted that the data has to be put into context following a turbulent for this industry. He also added that it is encouraging that they have continued to see the growth in a challenging market like this. The industry shows continuous signs as they see acquisition, investment, and growth from Original Equipment Manufacturers and retailers.

The information was secured amidst the chaos in Westminister where the politicians struggled to look for an escape from Brexit deadlock. Also, growth is coming after a warning that the car industry of the UK is going to collapse under pressed down by the no-deal deadlock of BREXIT.

Society for Motor Manufacturers and Trader’s spokesperson reacted to the news and said that their data have shown a steady decline in the sales of a used car since the year 2017 and concluded that they need to take a look at the bigger picture. According to them, new car registration has declined for the 5th subsequent month in July with a decrease of 4.1%. The year-to-date figures of the Society for Motor Manufacturers and Traders have also claimed that used-car sales went down by 1.7% and new car registrations by 3.5%.

Previously, the Society for Motor Manufacturers and Traders had stated that investment in car manufacturing in the UK declined to £90m in the first 6 months of 2019, irrespective of the previous big figures of more than £300m in 2018. They have also made the claim the production of cars fell by 20% in the first 6 months of the year as only 666,000 had been rolled out into the market in comparison to more than 800,000 in 2018.

Amidst the uncertainty of BREXIT, Mike Hawes, the chief executive of Society for Motor Manufacturers and Traders had written to P.M. Boris Johnson regarding the damage that a no-deal BREXIT can bring about. He had given a warning as to how the withdrawal of no-deal would lead to disruption, providing a threat, and damaging production.

Mr. Hawes has stated they are highly integrated with Europe and no-deal Brexit is going to result in a large tariff disruption and cost which will be threatening for production and also undermine the confidence of the international investors. He said that they need a deal with Europe which will secure tariff-free and frictionless trade.

He continues that no deal BREXIT will pose an existential threat to their country. Above all, they need to make sure that the industry should continue to enjoy beyond interruption, a preferential trade with crucial markets across the world which includes Europe.

The electric car sales had also increased and recorded the highest sales in August Tesla Model 3 had been released into the market. The sales of electric cars had increased to 3147. This means it had augmented 5 fold on 659 sales during the same period in the year 2018 with UK motorists starting to jump on electric bandwagon. New data has shown 40% of British drivers expect to buy an electric vehicle as their future motor. The new electric challenger of Tesla turned out to be the 3rd bestselling motor-vehicle of any brand in the month of August to be the first battery car to enter into the top 3 ranks.

On Wednesday, economists claimed that no deal BREXIT is following the decision to adjourn the parliament for 5 weeks by the Prime Minister. This is going to make it difficult for Members of the Parliament to block out a no-deal Brexit. In case there is a no-deal, finished and part vehicles might be delayed near the border by the new checks. Carmakers are also scared that a tariff of 10% might be imposed. Almost all car industry executives are of the opinion that BREXIT is going to be damaging to the industry.

The workers who are a part of the car industry fear losing their job is going to be among delegation to talk to Michael Grove, who is in charge of the government’s no-deal plan. Unite, the union has stated that they are going to offer clarity to Gove for the car marker which depends on in-time deliveries of parts for enabling continuous production and also questions how can the government assure it can help out the outside companies on which car manufacturing of Britain depends on.

ParisJ - 8 June, 2020
Valve’s online game distribution platform "Steam" is powerful and leader in the gaming industry. It has more than 37000 games and controls 75% of...

ParisJ - 19 October, 2019
Abbey road's eleventh studio album recorded by the most loved boy band of all time. It was the last piece recorded by them before...