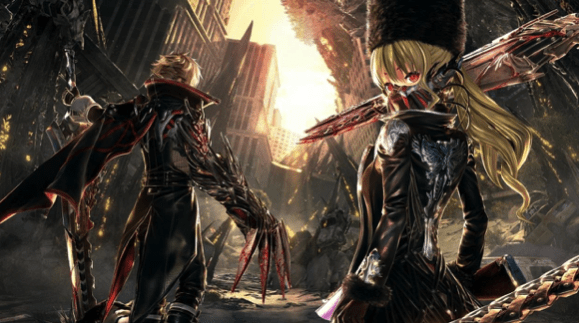 For more details, we invite you to continue reading.

The company Bandai Namco itself has informed through its official Twitter account of a story that is, at least, curious, and it is that according to the developer we can get a copy of the title if we donate blood. Something that perfectly matches the vampire theme of this soulslike and, in turn, contributes to a great cause.

In addition, the company also offered the possibility of getting copies of the game to all those who cannot donate blood. They did, as they announced on their official Twitter account, raffling ‘Code Vein’ among the people who took pictures with the game’s cosplayers and have published their photos following the official hashtag.

What is Code Vein About?

With a release date on September 27, Code Vein is a video game where the main protagonists are the Revenant, vampires who do not remember their past lives as humans and now live in the dark. To survive, these beings need to drink blood to avoid becoming Lost, a beast that destroys everything in its path.

This action RPG game is based on the amount of blood obtained from the enemies in order to acquire weapons, armor, and accessories. In Code Vein, we will be playing as a Revenant and collaborate with other characters to discover the world and destroy the monsters known as the lost.

In this bloody game, players travel through interconnected dungeons while unlocking mysteries surrounding Vein. As they deepen the game and face more difficult challenges, players can change battle styles and a load of skills, as well as their weapons to better handle obstacles in front of them. 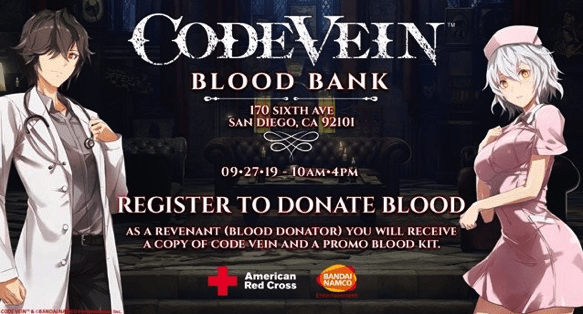 On their trip, players will encounter several characters that will offer their friendship and services. Some will even join them and help them during the game as A.I. Each partner has their own unique features to help complement the player’s playing style. For those who want a more challenging experience, there is the possibility of traveling the world alone. A multiplayer cooperative mode is also included for friends to join and play together.

In the beginning, you can see a game tutorial, which you can skip if you wish, but where it teaches you the game techniques and what differentiates it from those games under the theme of Souls. In this way, it will be clear that Code Vein is another option for soul lovers and anime design. You can also discover that it is a game that has much to discover, learn and research.

Compared to Souls, this entertaining game focuses mainly on telling stories to the players, which for the anxious ones can be a bit annoying since it cuts the action from time to time to show the scenario in which the story unfolds, explaining what is happening at the moment or scenes appear in the form of memories in which the player will have access. These memories are of great help to the protagonist as it shows us people who will guide us along this dangerous adventure.

According to the universe, the planet is submerged in The Great Sinking. This is an abrupt and terrible tragedy where the Thorns of Justice have destroyed almost every city to the point that it almost caused the population to die out. Under great confusion, the main player wakes up suffering amnesia next to a woman who does not know.

Now, it is time to start our journey and thus discover what happened in this harmful and bloody world, having in our favor that we have a unique gift that is to heal all that dry source with our blood and reduce the pollution that it has caused so many misfortunes.

Code Vein is now available for PS4, Xbox One, and PC through Steam. 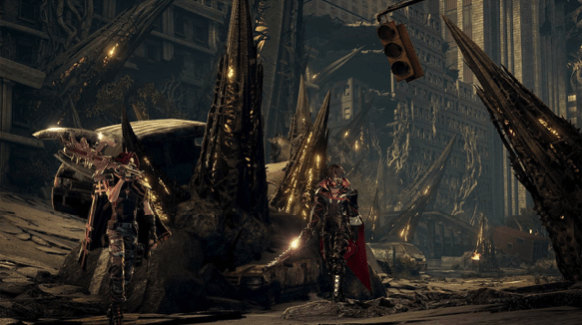 Code Vein and a Good Cause

Bandai Namco carried out a very original and especially solidarity initiative where it took place at the TwitchCon in San Diego. To all those who have approached September 27 (launch date of the game) to donate blood, they were given a copy of Code Vein and also a free kit of it.

The name of the event was called Code Vein Blood Bank and it was cataloged as a creative way to promote the game with such an important cause. In this way, the Red Cross intended to make fans understand, how important it is to donate blood, apart from the game because, beyond that, the donor can save three lives.

The event that started at 10 am until 4 pm was, it could be said, ‘covered in blood’ and the place was adapted so that donors could feel comfortable. Similarly, the Red Cross provided information explaining that the blood collected will be used in all types of medical treatments. Diseases, cancer treatment, operations, and other situations in which blood could be very valuable.

Unfortunately and so far, this event will not be held in any other place although users ask for their organization in different countries.

On the other hand, Bandai Namco planned to launch Code Vein in September 2018 but decided to delay it a whole year. This game was announced at E3 2017 during the Xbox presentation. They have called it “Anime Souls” on the internet since it is very similar to FromSoftware games.

7 Ways to Damage Your Alloy Wheels

ParisJ - 0
If you don't exercise proper care while driving, you can easily damage your alloy wheels. Well, sturdy and effective wheels don't come cheap, and...