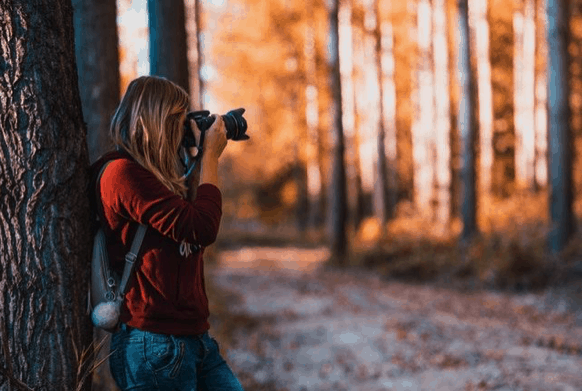 And yes, it’s quite a common question that Jaymes Dempsey had found out.

A renowned macro photographer from Ann Arbor, Michigan, Jaymes Dempsey, has asked himself one too often – and which he is sure that every photographer out there in the industry has asked themselves every so often.

“Do equipment matters more than the photographer?”

According to Dempsey, it is the photographer who matters and not the equipment in question.

However, on the other hand, he is also of the opinion that equipment also plays an integral role, otherwise, what’s the point of the photographers chucking out $7000 (or possibly more!) on camera setup?

And just to make sure for argument’s sake – he has stated a few reasons why equipment matters.

In Dempsey’s words, photographers often flock to cameras that have high continuous shooting rates – and rightfully so, since it makes it possible to capture photos in action, without leaving much to ‘luck and situation’. He has even gone on to state that cameras that can shoot 12 frames-per-second – they are best to take an amazing photo right in the middle of the action.

Meanwhile, many photographers also go for cameras that have high ISO capabilities, Dempsey has said. Cameras with such features – they are best at capturing noise-free images, and thus, it makes for quite a feasible option when capturing images at night.

However, Dempsey also mentions that there are many photographers that he had come across, and who swears by the megapixel count of the camera. In their words, having a high megapixel count of your camera gives you an added advantage as you can crop the photos during post-processing and also lets you compensate for a shorter lens.

Dempsey had even gone on to mention that cameras with features such as weather-sealing had been on the rise lately. According to him, cameras such as those – they are made to handle harsh weather conditions, and hence, are a great option if you need to shoot in snow, rain or even freezing temperatures without having to worry about the camera giving up on you.

However, that doesn’t mean that you need to go for only heavy-duty cameras. In the words of Dempsey, many photographers are seen to carry both small and lightweight cameras during travel expeditions and long treks – and the cameras are quite easy to carry, which means you can take it with you when you happen to come upon a once-in-a-lifetime scene.

Cameras with features such as EVFs (also known as electronic viewfinders) and high dynamic range – they are also on the rise.

Want to get your depth of field and exposure correct? Your best bet is to go for mirrorless cameras that have the feature of EVFs, and if you want to capture the intricate details in a scene, then, you should opt for a camera that has quite a high dynamic range, as Dempsey claims, without you having to resort to HDR techniques.

But does that mean that you should compromise with the camera lenses? That simply won’t do, as Dempsey had pointed out. According to him, the cameras and lenses go hand-in-hand, and since they have some form of image optimization, it makes it possible to shoot in low light, thus increasing the possibilities of your depth of field during the day.

And Dempsey had been quick to remind us that cameras with high-quality lenses are a must – they tend to come off as sharp, and also, they run into very few problems such as distortion and fringing, thus letting you get razor sharp and crispy photos that are a delight to look at. According to him, you should have more lenses than your cameras – and the lenses should have different focal lengths as it will give you numerous different photo opportunities.

If the camera plays such an important role, so, then, where the photographer fits? What role does he even have?

There are many, as Dempsey had pointed out.

According to him, even if you have the best camera with the most advanced autofocus system, it’s not going to matter if you don’t know how to use it – you will need skills to track a fast-moving object, and this is something, Dempsey says, is not that easy to master; which means you will need years and years of practice. If you want to capture eye-catching action photos, simply pressing the shutter won’t do – the autofocus feature is a part of the system, and so are you.

The majority of the photographers, Dempsey recalls, are quite steady even if they are right in the middle of the action, and which is not as easy as it looks. Take a breath and your photo will end up blurry, and this is where the feature of image stabilization comes in handy, but then again, Demsey points out, if your technique is not up to the mark, the photos will still end up blurry.

So, then, what about composition? And aperture? Are they up to the photographer too?

To these questions, Dempsey’s answer has been a resounding ‘yes’ – according to him, the composition is not a camera’s feature, rather, it is up to the photographer, who needs to learn it through years and years of hard work and practice. As for the aperture, Dempsey’s answer is on the same page – it’s a skill that takes years to hone, and goes hand-in-hand with composition. Knowing how to choose aperture and composition – Dempsey claims, it’s a skill worth learning.

And what of ‘post-processing skills’?

It’s a skill, Dempsey mentions, that can be learned – after all, it transforms a photo and gives it that professional look. In short, post-processing is all about how a photo is given finishing touches and given that professional feel.

And now that everything has come to an end – so, what really matters?

Both the gear and the photographer, Dempsey claims, both matters. Without one, the other can’t work – both go hand-in-hand.

But Dempsey had rightfully pointed out that there are a few certain aspects that the gear can’t do with the photographer’s help such as working with light, choosing aperture and composition, adding the final touches – these are only a few aspects of a photographer, and no matter how great your gear is, it won’t be of much help if you can’t do these things properly; meaning, your photos will only get the ‘mediocre’ tag.

So, without any doubt, Dempsey was right – it is the photographer who matters.

There’s no other way about it.

ParisJ - 0
With correspondence to the recent news, it seems that the internet and the newspapers are burning with the latest pandemic brought in by the...