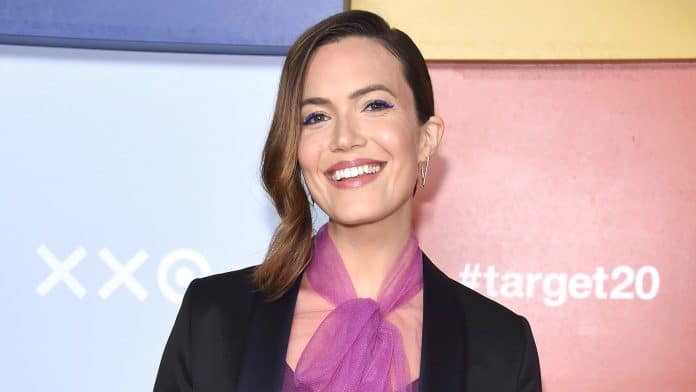 Mandy Moore has finally returned from her decade-old exile. And she’s got her fans some exciting tracks as a return gift.

We guess this comeback combination sounds quite perfect. September, 16th the extremely talented singer-actress rolled out her mid-tempo melody with a glam video titled When I Was Not Watching. This lazy tuned pop ballad with a touch of the rock finds Moore facing what she’s become. Our nightingale is heard sliding her vocals over chugging beats backed by a chorus.

Back in 2017, Moore did lend her voice to the cover of Little Feat’s Willin as a part of her hit NBC drama’s soundtrack. It’s already history that we last heard her original track rolled out last in 2009. Since then, ‘This is Us’ actress has refrained from music. Previously, Moore had made some revelations about her ex-hubby, Ryan Adams. The singer talked about his ex’s influence in her career while going through a rough patch in their marriage. But alongside the summer of 2018 came a string of Instagram posts from the singer. Yes, the singer-actress who hit to fame at 16-years happily announced her coming back home that is music. 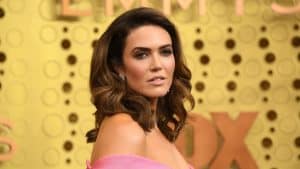 Moreover, she also denied having her relationship with music in control of someone else, which majorly tagged her ex. In addition to this, Moore also hinted at working towards a new piece. Yes, the actress was creating a piece of music with the help of her husband, Taylor Goldsmith. Nevertheless, we do feel his touch in the warmth of this Californian pop vibe and soothing chorus. The song’s got her husky voice blending with the tune created by her old friend Mike Voila. As per sources, her album that still awaits a title is up for release in early 2020.

‘Cry’ singer also let out her in-depth feelings as she shared the lyrics. Opening up, she mentioned how intimidating the idea of going back to her musical roots was after she underwent a prime switch on the personal front. Further building upon it, she expressed how she felt the responsibility to start over. Moore reiterated that everyone had to go through a rough phase in their lives, revealing that having faith in yourself was the key to moving forward. Moore went ahead to stress the significance of being kind to yourself and not judging your abilities.

Further, confessing to being a believer of journeys. Yes, the ones that make you or break you into the person you should be. Indeed the passages that instill confidence in you to stand the next big thing in your life.

Moore’s new piece is a purposeful switch from the high-gloss pop of her days. Also, on this record, Moore has focussed on jamming together with her full band. She unveiled that, this record is especially on point because everything’s live and spontaneous. Eventually, delivering a magical touch to the music. Giving further details, Moore also shared her experience of recording on tape, which meant neither editing nor reworking. Hence, calling the whole thing, a bit scary, Moore tags it as the fuelling her fire all the more.

Well, treating her fans further, she dropped hints on another single that is yet to come by the end of 2019. Moore credited her sense of control for her newfound feeling of empowerment. She said it was great to be back again on the helm of the ship and snapping back on music in her ways. Moore did share her excitement on moving forward from the point where life had brought her. Amidst prepping herself for her forthcoming studio album no.7, Moore is set to take the big screen down. Yes, she will share the screen in Midway alongside stars like Nick Jonas, Ed Sheeran, Patrick Wilson, Luke Evans, and a few others.

Mandy’s fans stood by her side like a rock. ‘This is Us’ actress who recently graced Emmys said she was over the moon by people’s acceptance. She said the reactions to her first song has been very overwhelming. Well, the fans are for sure digging the breezy beats of her Californian pop song. Moore even said she felt exceptional that her fans even cared about her music in the first place. After being away from it for almost a decade, the reactions have made the singer feel home again. Building on it, Moore said how much she’s missed creating music and writing her songs. Moore even confessed that it did not regret coming back to music. And right now, she’s soaking in every second of the moment.

Goldsmith on his wife’s music career

Taylor Goldsmith, who recently collaborated with his wife on her forthcoming album, had a sit-down with People. Giving us husband goals, Taylor clearly said he was happy for her. Taylor said the record meant a lot to him because it meant a lot to Mandy. Goldsmith told how happy the idea of creating music made her and how she had missed it for a long time. He said she’s been quite expressive as a songwriter and singer, and seeing her in the zone is for sure inspiring. He also thanked the whole team for working her dream into reality. Further, Taylor called Moore the caption of their team and how pivotal it was for her to associate with what she has created on the record. He also clarified that Moore’s transition as a songwriter from a singer is complete night and day.

As her album’s on the road to completion, Moore’s already outlining her music tour in 2020. As of now, ‘Candy’ singer is done with ten songs from her upcoming album. Forth the album launch, Moore is set to tour the world with her husband by her side. The singer’s dying to be back on the stage singing to the tunes she has had on her mind and heart for a long time now.

It will be a sure treat to have Moore back on stage after a decade. She’s been a complete entertainer since the age of 15 years. And we can’t wait for her album to launch out soon.

How to Settle for the Best Affordable Sports Car

ParisJ - 0
For many years, you have admired classy sports cars and even made a list of cars you would go for given the chance and...