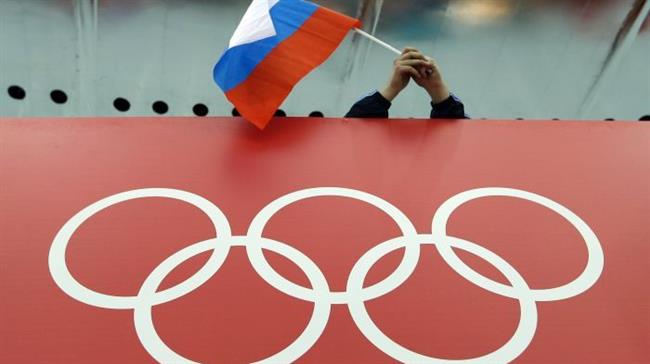 Russia is very likely to face a ban from all major sporting events including the 2020 Tokyo Olympics and the 2022 Football World Cup. The World Anti-Doping Agency (WADA) handed them a three-week notice on September 23, 2019 to explain certain irregularities found in their laboratory reports. This all happened following a case of whistleblowing when an insider provided information to the Agency regarding such a scandal.

Russia has been in a state of suspension from the sports scenario for the past three years due to a state-funded doping program during the 2014 Sochi Winter Olympics. In order to get reinstated into the sporting field, they needed to hand over their laboratory reports and did so in January 2019. This is when whistleblowing happened. Thereafter, WADA has opened up an official compliance procedure against the Russian Anti-Doping Agency or RUSADA enquiring as to why some of the data are simply missing from the results they have furnished. According to WADA, some of the positive drug tests are simply missing and after the inside track they got, it is more likely that they have been deleted.

Following an executive committee meeting in Tokyo, WADA director general Olivier Niggli told the press that their forensics experts have found some irregularities in the reports furnished by the RUSADA while comparing it to the information provided by the whistleblower(s). He added that while analyzing these differences, they have come up with some serious questions that need to be posed and answered immediately.

WADA has also stated that if Russia does not comply with these terms then they need to be ready for facing the consequences. It may lead to them not being able to host any more sporting events, let alone participate. Already during their past three years of the suspension period, they had to face the latter one; barred from sporting events. Although they were allowed to participate by the International Olympic Committee in the 2016 Rio Olympics, they could not rally under their flag and had to participate as neutral athletes in the 2018 Pyeongchang Winter Games. The same can happen in the upcoming World Athletics Championships to be held in Doha, Qatar.

Earlier WADA did not have the power to pursue such cases but with the new set of rules, they have gained the power to deliver the consequences of the penalty to such cases. This case is really serious and according to them, this needs to be done or else Russia will keep competing as if nothing has happened.

The Russian sports minister Pavel Kolobkov spoke up regarding this case, saying that both the Agencies WADA and RUSADA will be co-operating to find out how and why these discrepancies came about and that the Russian regime is ready to help in whatever way they can.

It is also possible that if Russia challenges this suspension order from WADA the case may appear against the Court of Arbitration for Sport or CAS located in Lausanne Switzerland. This can make it even harder for Russia if they are found to be at fault and will have to face the consequences of such a scandal.

Roughly one year ago on September 2018, WADA lifted its ban on RUSADA, which conceived discord in the global anti-doping community, however, in their defense WADA stated that this move was necessary to obtain the Moscow lab reports but with this new information coming to light, the ban may be reinstated for good this time around. Even the president of the Russian Olympic Committee, Stanislav Pozdnyakov agrees with this. However, to some people inside WADA, this was unacceptable as they wanted to asses and analyze all the data that was sent to them before lifting the ban.

However, according to the chief executive of a US Anti-doping Agency Travis Tygart, WADA was being played by Russia or RUSADA for some time now and this fresh evidences are not surprising to that matter. He goes on to add that there should be no back door deals between the two but a fair & square action must be taken with full transparency and out in the public.

This is not the first time Russia has tampered with their lab reports. There are charges against the Russian sports ministry against tampering with urine samples during the London 2012 Olympics and another such case of tampering during the 2014 Sochi Winter Games. However, if proven guilty this time around, they can be heavy fines, i.e. banned from any upcoming sporting events big and small and even barred from hosting any such events on home soil. The worst thing is no one knows for how long.

Grigory Rodchenkov, former head of the Russian anti-doping agency has confessed that he played a vital role in replacing a number of urine samples with clean urine with the help of the FSB of the Russian Secret Service during the London Olympics. This led to WADA banning them in the 2016 Rio Olympics but the International Olympic Committee overruled that order and let them join. However, they were only allowed to participate in the 2018 Pyeongchang Winter Games as neutrals. Thus, one can only assume how drastic a penalty Russia is looking at if they are found to be at fault in this whole fiasco. A ‘noncompliant’ banner for Russia will be very harmful.

It is needless to say that athletes all over the world are outraged at such an outcome. A similar such case has been found against one male and one female Kenyan athlete, but Athletics Kenya has denied any such wrongdoings. If found guilty, Russia is looking at some serious penalties in the sporting fold. The recent irregularities can potentially fuel the long-standing discord of the Russian doping game in the International Anti-doping Community and can lead to the country being banned from all major sporting events for good.

ParisJ - 25 April, 2021
Fashion is constantly developing, and not just in appearance. Fashion businesses need to be on their toes due to the actions because of the...