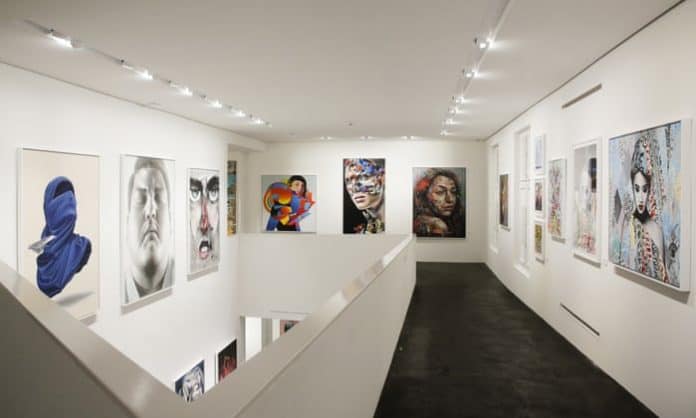 Times have changed. Nowadays, we are exposed to art daily some scattered throughout the streets as we pass through the city and others in less conventional spaces like bridges and billboards. Artists of this type take a risk with this type of work, not only for legal reasons but also in terms of making a living and gaining recognition.

This is not the goal of all street artists, however, their talents and the rise in popularity of this type of art has created a dip in the market as the methods of exhibitions that display works are evolving. Classical artists and those that followed the path of many successful creators before them are having to think outside the box, for new and innovative ways to gain exposure and make a living for disbursing their magic out into the world.

Graffiti was the first form of street pieces although they were far from considered art. It wasn’t until the 1970’s that public opinion changed allowing artists to break free from the norm. This came with many risks as authorities placed a very thin line between art and vandalism.

Still, in an attempt to undermine naysayers and let inspiration lead the way, several artists took to the streets painting the town with impactful pieces for all around to see. With the birth of social media and the ever-growing selfie phase, street art has become quite the muse. Many of the hippest and contemporary cities are filled with surprises scattered in the streets, including sidewalks, walls and even large buildings.

Invader is one of the artists choosing to break their work from within the 4 walls and take it to the streets. His work takes inspirations from the popular 80’s game Space Invaders, with similar block shapes strategically placed in a manner that blends together beautifully creating mosaics in public spaces. Though the original piece remains free for all to see, prints can be bought in some galleries blurring the borders between street and galleries. Banksy is a superstar creator though his identity remains a mystery.

His work combines dark humor and political agendas with hints of graffiti styles installed publicly along the streets of England. He is popular to the point that buyers will go through drastic measures to own an original piece, cutting some from the walls and buildings that they were once a part of. There are many more rising stars in the street art community leaving us with the question. has the ‘traditional’ way of making a living as an artist changed?

Galleries have always been a goal for artists of all kinds, creating a safe and comfy home for their pieces where fans and visitors can see and purchase their pieces. Not only has social media and the daily presence of the world wide web changed this but so has the rising popularity of street art. Artists these days are using more modern methods of display, taking their work to festivals filled with both music and creations or choosing a popular ‘pop up’ reveal of their works in hopes to build anticipation along with a following. This is great for art in general as it needed some refreshment, however what about the other artists? It is becoming increasingly difficult for some to make a living off of their craft, leaving them to turn to part-time work that could potentially put a damper on their ability to create. Unless an artist has a large following or is already known for their work, chances are a gallery is not the best option as the public eye is easier to capture on the street. 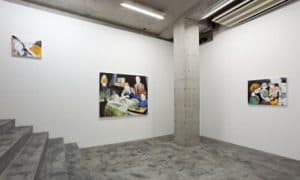 Some galleries have already begun to feel the effect, some needing to turn to online methods or look into marketing strategies driving up the cost of startup. While making a living has always been one of the top issues surrounding artists both traditional and modern, this shift has more than doubled its impact forcing some artists out of their comfort zones.

On top of that, the clientele is decreasing with several buyers turning toward less traditional pieces and searching for those that are unique. This type of thing happens all the time in the economy, every market constantly shifting and reshaping but, its effects are on more concrete ideas like money instead of the complex like art. This has put artists out of commission in some cases, ceasing their ability to create pieces in an attempt to spread their message around the world. Because they are having to turn to other means of survival, their creative fire is put out, leaving the potential for new masterpieces at a minimum.

Art will exist forever however specific types will not. Methods of creation and ways of social interaction are changing. This is a positive change however just like all forms of evolution, those unable to survive will die off leaving only those with the proper funds, time, and creative space to thrive. The presence of art is important not only for the creator but the speculator as well, driving creative and critical thinking and promoting one’s own feelings and emotions. With all work turning to the streets and away from 4 walls, there will be fewer and fewer purchases meaning less money and less ability for these artists to do what they do best. This is not some type of problem that can be fixed tomorrow, especially with it being one involving society as a whole, however, something needs to be said and it needs to be given the attention it deserves. Giving talented individuals space and ability to raise money can benefit all those living in the world today, as the ways of the world are changing and our thoughts seem to be becoming more boxed in and automatic. Keeping art alive and artists thriving can possibly help the world with exactly what it needs at the moment, and that is a little more love and togetherness; exactly the types of things that social activist type artists are attempting to achieve.

Coronavirus is the New Black: How a Virus Is Taking Over the Arts

Get Your Craft On! With These 2020 Trends, You’ll Want To Check Out

ParisJ - 0
The ultimate trailer of Warner Bros. and DC Film's collaborative venture Joker is out now. And Todd Philips has this character headed into a...

ParisJ - 0
With correspondence to the recent news, it seems that the internet and the newspapers are burning with the latest pandemic brought in by the...