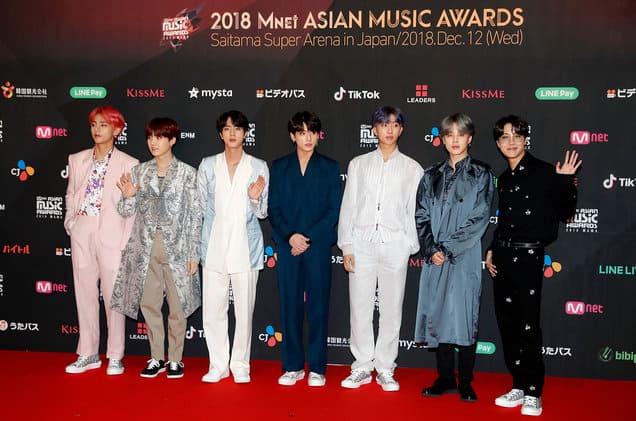 Map of the Soul: Persona, finally crosses 4million sales! Surprised? Well, I wouldn’t be knowing that the Korean Idol group, BTS, consisting of seven members has already taken over the world by their profound music. Map of the Soul: Persona, which was released on 12th April 2019, has been nothing but a massive success. To add a cherry on the cake, they already sold out stadiums for Love Yourself: Speak Yourself World tour and won two Billboard Music Award since the album release. They’re the first artist to have achieved such huge no.of sales in 2019 being the album is just five months old. Indeed 21.7million Armys really couldn’t be more proud of them than they already are!

Korean Girl Group, Blackpink’s Youtube channel becomes the 9th most subscribed music channel worldwide surpassing One Direction, and most subscribed channel in Asia. Blackpink debuted in the year 2016 and within these three years, the K-pop girl group has already become a massive sensation around the world. Well, it’s just the start before they break more records and walk the ramp to achieve more success. Apparently for Blinks( that’s what their fandom is called), Blackpinks is the revolution for a Reason. Well.. I wouldn’t disagree!

Shawn Mendes’s sold-out tour at Toronto’s Roger Centre on Friday night, 6th Sept 2019, with a crowd of his 55,000 hometown fans wraps up on a high note after treating his fans with an unannounced steamy performance with Camila Cabello of their recent No.1 Billboard Single “Senorita”. The song is already sexy as it is, but Shawmilla’s undeniable chemistry literally burned the stage and further increased the temperature by ten folds.

Recently debuted monster K-Pop rookie boy group. X1, enters Billboard’s World Albums and World Digital Song Sales Chart with their EP single “Flash”. The 11 members boy group which was formed in Korea’s one of the most popular survival singing competition shows, Produce X 101, has already reserved its spot in America’s Billboard’s Chart with a viewership of 40 million after a week and a half the song was released which in itself is nothing but a stepping stone to a massive success. They also succeeded to maintain a steady rank at No.2 on the Social 50 chart for three weeks. This just goes on to show the potential they’ve as a K-pop rookie group and if things go well, their success in the coming days looks promising and well anticipated. Fingers crossed!

And last but not the least, Nicki Minaj set the twitter ablaze last Thursday, immediately after she announced that she is putting a full stop to her singing career. Apparently, the world-famous rapper is looking forward to having her own family with her fiance, Kennerth Petty. Nicki has a lot of explanation to her fans that she has promised to deliver on the next episode of Queen Radio. The sudden news of her retirement has left her fandom in distress. Seems like our Queen rapper is finally ready to settle down!

ParisJ - 25 April, 2021
Fashion is constantly developing, and not just in appearance. Fashion businesses need to be on their toes due to the actions because of the...

ParisJ - 30 May, 2020
Coronavirus has become a common household name. Everyone is talking about it, and there is no single market that hasn't been affected by it....