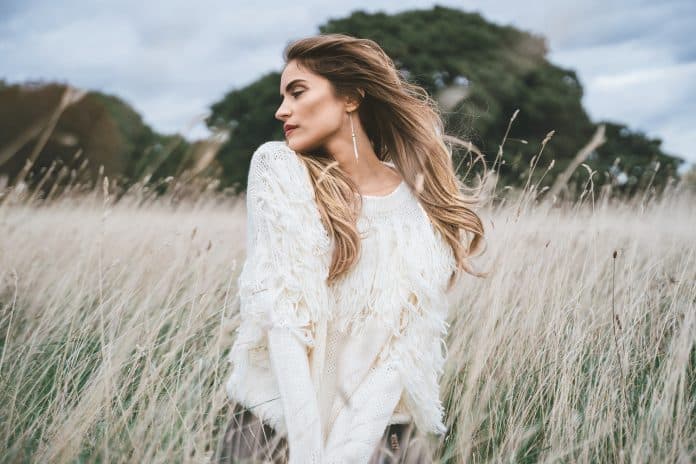 Apple just released the latest installment in the Iphone series (Iphone 11) just days ago and the world of mobile devices is agog with its features – particularly its camera. This camera is pretty much as advanced as or even much better than many regular camera hence the media attention it is fast garnering.

But there is something else in the world of photography that’s gradually coming to the attention of media people. A British blogger and photographer are up to something interestingly unique. Jo Blackwell is on a mission to hold a unique photo exhibition for older women.

Announcing Project Face it, Own It

In a time like this where young people want to look younger and finer for the camera, its pretty much rare to find older women who pose for the camera without enhancing their looks. It has a lot to do with the urge to please people as well as possible issues with self-esteem.

“You look really good for a woman in her 50’s” is an obvious compliment. However, it carries with it elements of subtle aggression even though it is passive.

Having observed this trend, the English photographer launched the Face It, Own It campaign through which she hopes to inspire women older than 40. She is currently collecting makeup-free photos of women aged 41 years and above. As expected, the women in the photos she is collecting showed themselves as they are – 100% natural.

Her idea of facing it and owning it is all about empowering women at the very core; older women in this case. Speaking to the BBC recently, the Northampton native believes that things have gone so (bad) that older women now feel they must mask their faces with heavy makeup before they can be accepted and appreciated in the society.

We all have to look good for the gram (both online and offline) from time to time. This is a reality we all have to deal with in the age of social media and advanced photography. But does this not affect the psyche of these women who – these days – cannot seem to comfortably step out of their houses without faces that are “airbrushed”

It will be recalled that Ms. Blackwell had launched a photography-based project earlier in the year. The Mid Life Movement she calls it. This project is heavily inspired by her own life. For instance, Jo realized that life became somewhat challenging for women as they hit the mid-life stages often characterized by their children leaving the house.

So far, Jo Blackwell has collected some 25 photos and looks to gather more for her exhibition. These collections, as well as her blogging adventures, started off not too long after her children left home, she says. But then, the willingness of a good number of 40+ women who want to show themselves the way they are is another motivation for Jo.

In this photography project, Ms. Blackwell is not just targeting women over the age of 40. Of course, anyone that meets her criteria qualifies to send an entry. But a good number of women who have already sent entries are unique in their own way. It would seem that each has a story to tell; a story that is often told by the photos themselves.

Is Niche Exhibition a Good Strategy?

The photography industry – as well as the fashion, beauty, and mobile phone industry – are already overpopulated. Even in the real estate industry where high-quality photography is in high demand, the competition is breathtaking.

But there’s still hope. In his recent article on Fstoppers, Robert K Baggs recounts how commitment to improvements and innovative ideas could lift anyone in the photography industry. Talking about new ideas, what Jo Blackwell is doing is a decent example. Paraphrasing Mr. Boggs, “there is no industry under the surface of the earth that is so full that nobody else can enter no matter how good the person is”

Whether this is an average or excellent strategy is a debate for another day. What’s interesting now is that some of the women already participating in the Face It, Own It project are doing so for great reasons. One woman (Nikki, 46) who sent her entry did so because she believed she had the confidence to face the world the way she is, for who she is and as it is. This is exactly what Ms. Blackwell is trying to promote in her upcoming exhibition much later this year.

But Rakhee – who is among the first 25 persons to send their photos to Ms. Blackwell – has an entirely different reason. Rakhee has no desire whatsoever to wear makeup – now or ever in the future. She hopes to connect with other women who share the same ideology with her. Even if she does not get to connect with many of them, she hopes – at least – to inspire a host of other women 41 years and above who do not essentially love to mask their faces with makeup materials but do so because of social pressure.

Bridget is another participant in this project. The 46-year-old allowed her photo to be taken for a good reason. She was grateful to be alive.  “Not everyone” she explains, gets the rare privilege of “getting older”. Against subtle social engineering in this regard, Bridget is actually proud of getting older – a phenomenon she considers outright more important than the looks on a woman’s face.

Basically, after 8 plus years of writing her blogs to keep her mind away from depressing thoughts following the realities of midlife, Ms. Blackwell has managed to turn her entire blog into a book. Then there is the podcast through which she spreads positive vibes available on Spotify. The latest addition to her journey since hitting midlife is her Face It, Own It project which is expected to have no less than five dozen women photographed without makeup before the year comes to an end.

American Photographer Crushing it With Her “The Grinch” Strategy

ParisJ - 12 December, 2020 0
Every game has rules and regulations of play. In billiards, whether you want to be a player or a business owner, the laws of...

ParisJ - 19 October, 2019 0
The merger deal looked great. The automotive industry was optimistic and excited. Fiat Chrysler (FCA) was going to merge with Renault and this was...

ParisJ - 18 June, 2020 0
Clothing is one of the significant three basic needs of life, as it helps keep the human body warm, also protects from harsh weather,...

ParisJ - 10 May, 2021 0
Typically, batteries are the primary energy source in the car or motorcycle, storing chemicals and not electricity. How do you get electricity then? The...

ParisJ - 8 September, 2020 0
The year 2020 has experienced significant innovation in the fashion world, and the jewelry industry has not been left out. Owning a piece of...

ParisJ - 19 October, 2019 0
Abbey road's eleventh studio album recorded by the most loved boy band of all time. It was the last piece recorded by them before...

ParisJ - 28 December, 2021 0
There are many new and engaging ways to celebrate a birthday in today's society. One trend is to have a virtual reality-themed party. This...

Some Tips You Must Understand Before Using Retinol

Essential Features To Look Into When Purchasing A Car